A group of Black men gathers every Sunday in Chicago to focus on their mental health with yoga and a drum circle. They’re hoping others will join them.
“It’s absolutely necessary for brothers to gather,” said Ayinde Cartman, a participant in the drum circle.

Drums have been the heartbeat of African culture for centuries. In the South Shore neighborhood, the weekly beat of the drums creates a space for Black men to open up their hearts. “Finding a group of Black men who understand where you are coming from is very, very important,” said Kali Johnson, a participant in the drum circle.

The weekly gathering is part of MANifest Wellness Sundays at The Quarry, which begins with yoga at noon. Women are welcome for yoga, but it’s male-focused. The drum circle starts at 1 p.m.

“The idea came out of really me just wanting to create space for myself to heal, to connect with other people,” Dr. Cartman said.

“There is so much going on in our brains that we need to have that space so we can clear our minds,” he said.
Robert White said he was encouraged to give yoga a try.

“I was definitely an individual who was skeptical at one point or another,” he said.

Cartman said he hopes to convince more skeptics of the benefits of his program.

Kali Johnson doesn’t take part in yoga but he comes for the drum circle. He said he always leaves in a better place mentally.

“I feel relieved that I wasn’t alone,” he said. 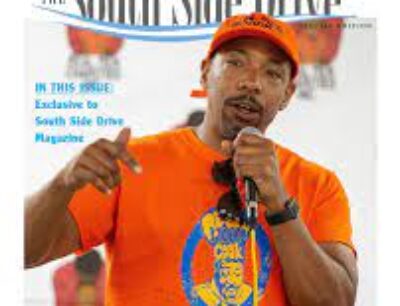 by Melody McDowell Perfect. That is how the 2022 Real Men Cook® Celebration was described: The weather was perfect. The